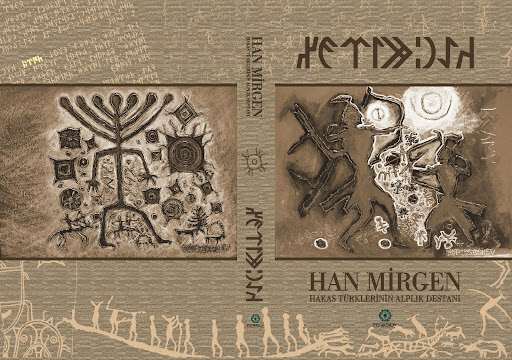 The heroic Khakas epic poem “Khan Mirgen,” which consists of 5,114 lines, is at least 1,500 years old and is a part of the Khakas oral tradition. This masterpiece of traditional verse was recorded in written form by Galina G. Kuzhakova from the famous Khakas story teller Anna V. Kurbizhekova (1913-1990) and was published in 1992 in Abakan, the capital of the Khakas Republic in the Russian Federation. The epic describes the lives of three generations of heroes within a social and cultural context, emphasizing such timeless common human values as honesty, harmony with nature, devotion to and protection of one’s homeland, defense of the vulnerable, belief in justice, bravery, virtue, consciousness, male-female equality, as well as preservation of one’s native culture and traditions at a societal level. The conflict between the good and the evil is the main subject of the epic. At the same time, it delivers an important message about equilibrium is also in harmony with nature

No comments have been posted yet.

Are you sure you want to confirm this item?

Are you sure you want to remove this comment?

Are you sure you want to remove this sample?